Bollywood Celebrities having homes in Goa are making Page 3 headlines in many a place. With the increase in demand, the luxury villas for sale in Goa by the top real estate developers in Goa, specially after RERA, are increasing by the day. Luxury Villas for sale in Goa provide all amenities that follow the latest real estate market trends, which are targeted at being a Second Home Destination in Goa.

Some of the most talked about Bollywood Celebrities Second Home in Goa are:

Bollywood celebrity have made Goa preferred second home destination for their dream home in goa.

Priyanka Chopra owns has a second home destination in Goa.  With this acquisition, Priyanka fulfilled her life-long ambition of owning a beach house. Priyanka loves the beach and this probably inspired her to involve herself with the interior set-up of her new beach treasure.

Situated right close to the famed Baga Beach, the villa was bought in 2013.

Malaika Arora, a regular visitor who likes to unwind on the beach, has a holiday home in Goa. Her property for investment in Goa is situated in North Goa. It is a picturesque Heritage Villa in the Portuguese styled architecture. What is most interesting is that Malaika has decided not to interfere with the gothic look of the heritage villa and will keep intact its existing beauty and architecture.

Located at North Goa, alongside a river, the Heritage Villa was bought around 2008.

Akshay Kumar is also another famed Bollywood celebrity who bought property in Goa. is sea facing Heritage villa is amongst the older styled private villas in Goa. Akshay has a tasteful choice for real estate and has acquisitions all over the globe, mostly near the beaches, similar to his second home destination in Goa. Akshay Kumar also owns two production houses.

At the time it was bought, the private villa was 75 years old.

Celina Jaitley has also decided to opt for a second home destination in Goa. She has decided to renovate the home completely to be her luxurious second home. Celina has named her heritage home ‘Casa De Fracis Celina’ to keep with the tradition

Located at the scenic village called Moira, the property is a 150 year old heritage villa.

Emraan Hashmi also has a home away from home. He has purchased a luxury villa in Goa. The villa has four floors of luxury including a gym and a clear mesmerizing uninterrupted view of the sea. This run- away destination will be a home away from home for one of India’s highest-paid actors of the silver screen. He started-off as an assistant director of a horror film to being one of one who has won accolades for his work.

Ideally located in North Goa, the luxury penthouse is a four story structure complete with all amenities.

Goa is Emraan Hashmi’s most favourite place in the world

Abhay Deol is another Bollywood celebrity who bought property in Goa. He plans to build an environmental-friendly bunglow in Goa, inspired by unconventional architect Michael Reynold’s techniques of building spaceships.

The Bollywood celebrity has bought an acre of land in North Goa and he acquired it around 2014.

Abhay Deol is an Ambassador for former US Vice President Al Gore founded organization – Climate Change, India. Abhay Deol plans to have a private 22-seater screening room within the Bunglow.

Purab Kohli is another Bollywood celebrity who has bought property in Goa. He has made the best of the investment opportunity available in Goa. Purab has made a conscious decision and has bought a luxury villa and has also also shifted to Goa, away from the pollution and congestion of the Mumbai life.

Situated in North Goa, Purab acquired luxury home in 2013 from a top real estate developer in Goa. A Ropeway project in Goa is coming in vicinity.

Purab Kohli has this to say about his real estate investment opportunity in Goa: “It is like figuring out a new level of existence while preserving the old.”

Aftab Shivdasani purchased a luxury villa for sale in Goa from Top 10 Builders in Goa, to fulfill a long standing ambition. The villa has furnishings that are suggestive of the colonial times.

This purchase of the property for investment in Goa, also fulfilled Aftab Shivdasani’s long-time ambition of owning a beach-side villa in Goa.

Kimmi Sheorey (née Katkar) is one of the famous Bollywood celebrities who was popular in the 1980s. She has moved to Goa along with her husband and son, after living in Mumbai, Melbourne and Pune. Their private villa is among one of the interesting celebrity homes in Goa.

The Sheoreys lives in North Goa in a private villa that they moved into moved in 2014.

The Luxury row Villa in Goa is situated at Nagao, near Calagute and was purchased around 2006-07.

Among the many Bollywood celebrities who bought property in Goa, one name stands out. Sachin Joshi bought the much-talked about Kingfisher Villa in Goa. The purchase made news headlines almost instantly.

Once known to have played host to many a national and international celebrities, Sachin Joshi  bought beach side villa luxury villa in Goa, by a legal process, in 2017  for what is believed to be an amount of Rs 73 crores ($ 11,400,000)

Shraddha Kapoor and her family are the newest entrants among Bollywood celebrities eyeing property for investment in Goa. The Kapoors will either make a choice between North or South Goa. Shraddha and her mother are presently camping and scouting for investment-worthy property for sale in Goa.

The parents have taken the lead in making the choice of the best investment opportunity in Goa. While Shakti is reported to have a liking for small cottage or penthouse in Goa, his wife seems to be in favour of the South.

The penthouse or cottage will be a destination for family retreats and meditation. Shivangi Kapoor even plans to start healing classes at the new place.

Horizon Goahttps://www.kickassdigitalmarketing.com/
Horizon, Goa’s Prime Real Estate Company offers range of Luxury Villas For Sale In Goa. Now you can own your dream beach side villas, holiday villas crafted with YOU in mind. Own a piece of luxury for peace of mind. Buy Luxury Villa in Goa for Sale at Horizon.
Next Post
Why Reis Magos, Goa Is Hot Real Estate Investment Destination ?
Previous Post
Goa Real Estate, Prodigious Investment 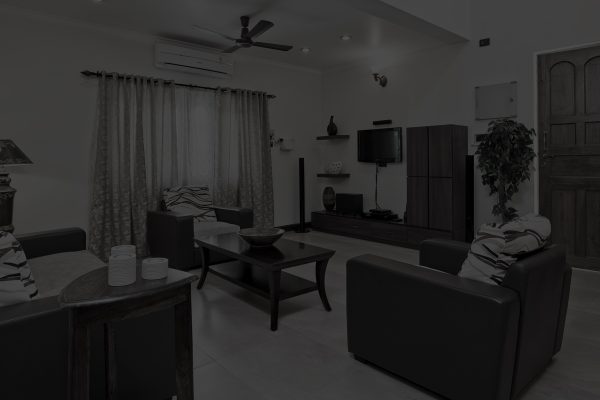 Affordable Luxury Apartments or Opulent Villas – Which One Should You Choose?

The villas are excellent; they have been built with pure quality and standards. The services rendered by the staff at all stages are excellent. My lifestyle has really been redefined.
Mr. Rajan LalProud Buyer

Super Luxury Villa for Sale in Goa : Nilaya by Horizon

Courtyard by Horizon, Premium Affordable 2bhk and 3bhk Apartments for Sale In Goa

I am very pleased with the efforts that you have put in and the standard of workmanship that you have maintained. It is a pleasure to deal with your company.
Ms. Kapila AgarwalProud Buyer

My home purchase with Horizon has been a pleasant and flawless one, right from the design stage to the finished product. The “Finishing” of the villa has been excellent with a professional eye to detail, as well as the after sales services provided. I am extremely happy with my villa and would definitely recommend a Horizon project to any home buyer.
Mr. Jude SoaresProud Buyer
Menu